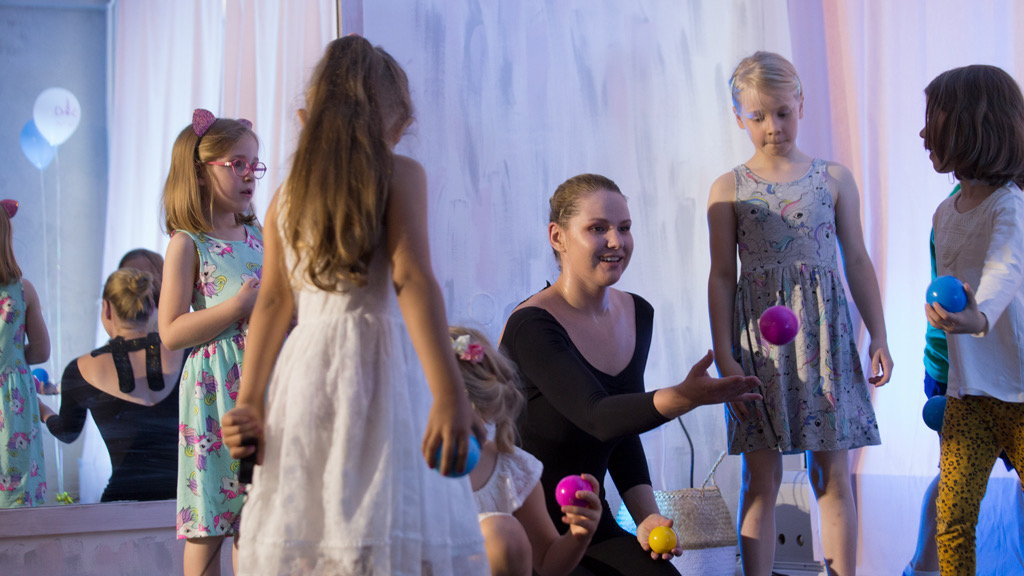 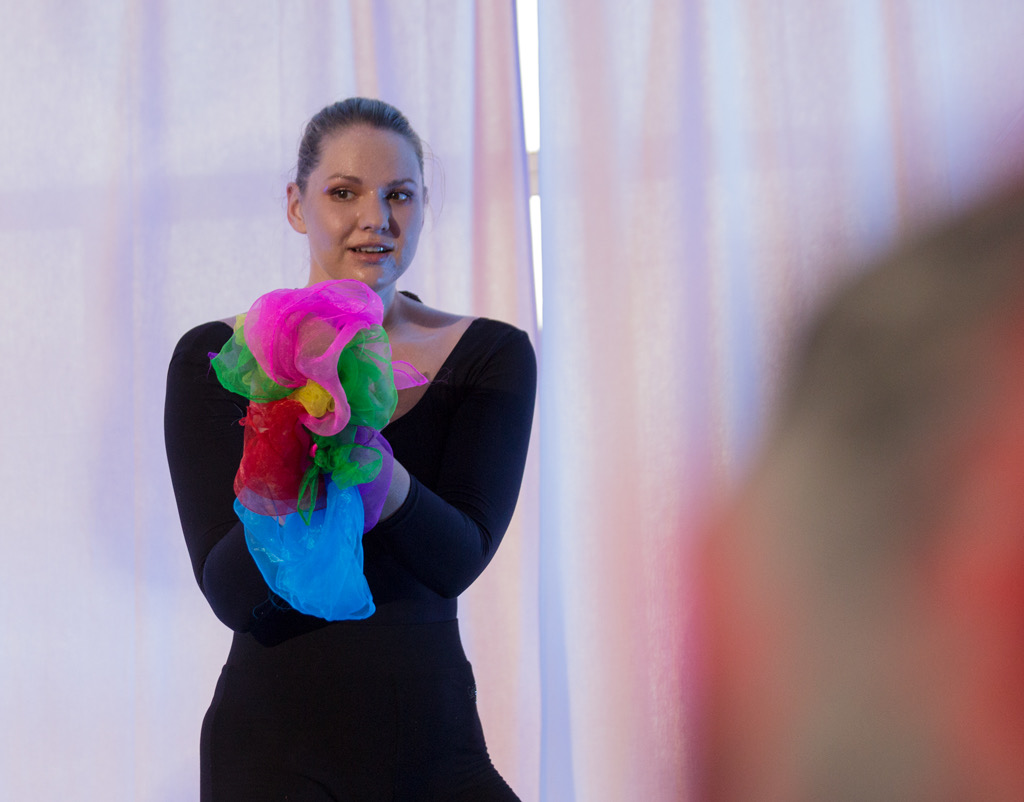 La La Lena – children's theatre is an artistic organisation focussed on creating performances for children aged one to eight years. The theatre was conceived and founded by Lena Kowalska, an accomplished actress, dancer and debut director of children’s performances. La La Lena is characterised by the creation of theatre performances driven by dance and stage movement, sometimes inviting interactivity with the audience.

‘Yours or mine?‘ is for children from one to eight years old. Audiences journey to a world in which colourful objects are the main character of the performance. Wheels, ribbons, balls, hula hoops become something other than what they are. It transports children to a land of dance, one in which they too can participate after the performance. The classical music of Piotr Tchaikovsky inspires dancing, and as the actress is swept away in a whirl of sounds, the stage movement enlivens every child.