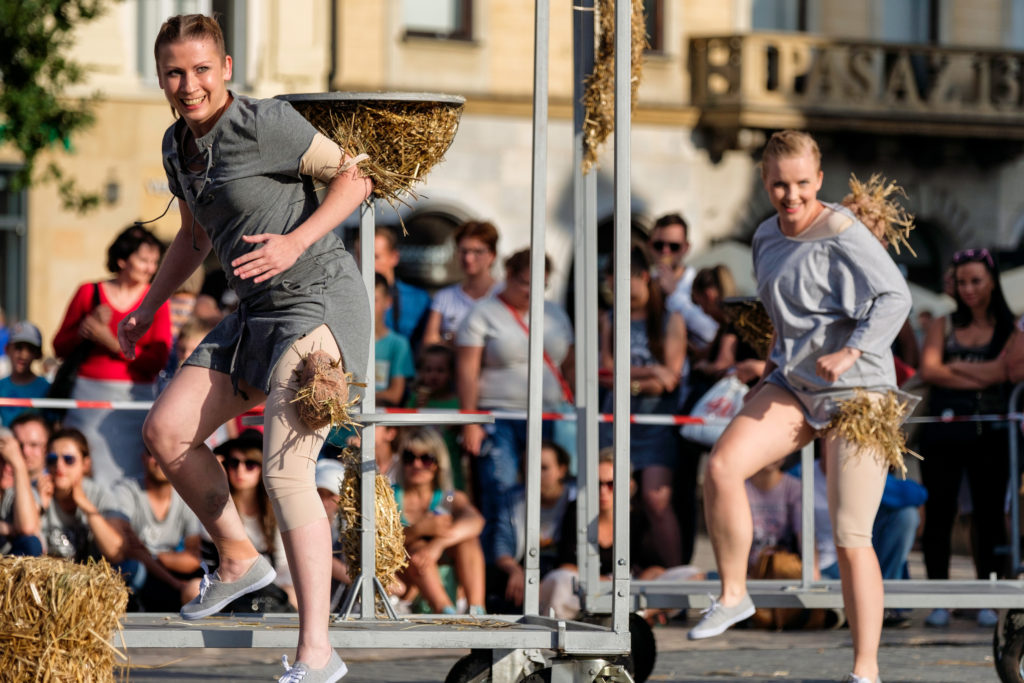 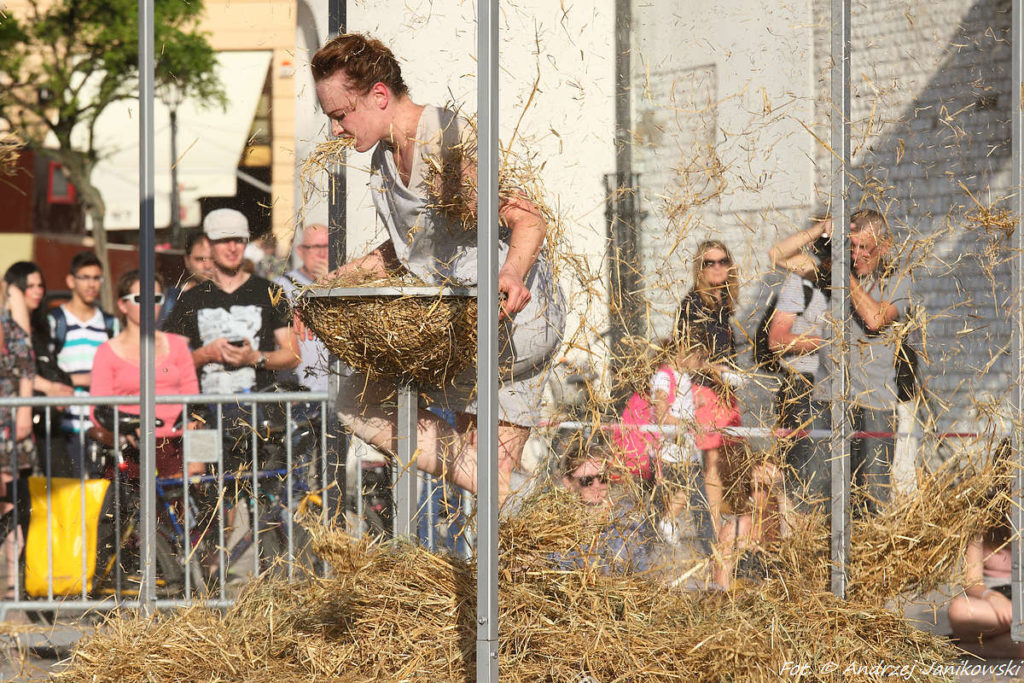 Dragonfly Action – performer, choreographer and producer of artistic projects. In the years 2003-2015 dancer of DF Dance Theatre. Since 2007 she has been working with KTO Theatre, taking part in artistic projects and street shows performing at numerous festivals in Poland and abroad. Since 2012 she has been working on her own projects combining dance and movement with another art disciplines, creating also inclusive projects, seeking out interesting co-operations and challenges in this field.

We are living faster and faster and also more and more intensively. We function in a superficial world, operating within existing systems. We impose on ourselves values and ease ourselves into the next set of patterns. We want to shout out loud and at the same time we simply keep our mouths shut. Artificiality gives us a superficial feeling of security. We look great and with unrivalled precision we function in a beautifully packaged but empty, flimsy and temporary world made of straw.