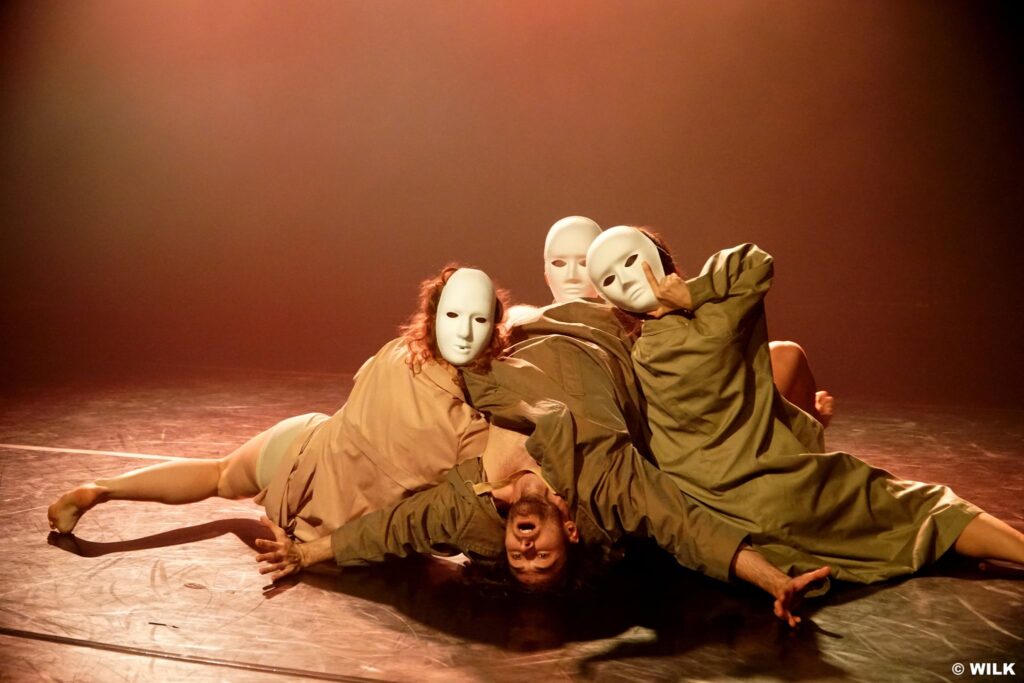 Zawirowania Dance Theatre is the longest-running initiative, established in 2004 by the Scena Współczesna foundation in Warsaw. Włodzimierz Kaczkowski and Elwira Piorun are the directors of the institution. Almost ever since its inception, the theatre has not only been actively involved in cultural processes in Poland, but has also performed at festivals all over the world.

DANCING DIVINE COMEDY is an ambitious attempt to grapple with the work by Dante, who in the fourteenth century created his vision of the extraterrestrial world. It is strong enough to have survived for generations and still have its impact today. It is an impression that touches upon individual themes rather than an attempt to delve into them. It is a challenge for the choreographer and the dancers trying to translate the complicated language of Dante's poetry, saturated with exuberant visual images, into the language of dance.