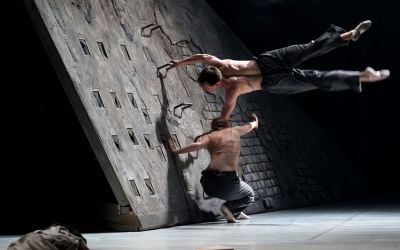 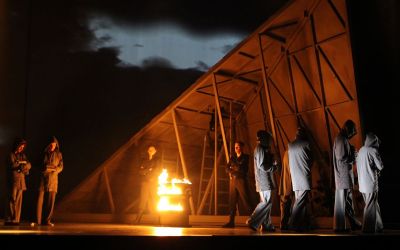 Opera Nova in Bydgoszcz is a modern music theater. Its repertoire embraces opera, operettas, musicals and ballet. Ballet has been present in the opera repertoire since its opening, and has included both classic titles like ‘The Nutcracker’, ‘Coppelia’ and ‘Romeo and Juliet’, as well as modern productions such as ‘Zniewolony Umysł’ (The Captive Mind), staged by prominent choreographers like Paul Chalmer, Jorma Elo and Robert Bondara.

Choreographer and scriptwriter Robert Bondara has created an original ballet based on the motives of ‘Zniewolony Umysł’ (The Captive Mind), one of Czeslaw Milosz’s most famous literary works. The show is about totalitarian systems that enslave people, taking away their freedom and dignity. Since its premiere in 2011, it has been one of the most acclaimed and moving Polish ballet performances of the last decade. The show is addressed to both adults and teenagers (ages 16+).